Buhari Orders China To Take Over Nigeria On Infrastructural Authority

Kalu gave the assurance while addressing journalists after Wike had led him on a project inspection around Port Harcourt, the State capital on Thursday.

Some of the projects inspected were Rumuokoro Flyover bridge, 2nd Artillery flyover bridge, Real Madrid football Academy and the Mother and Child Hospital in Rumuomasi.

Kalu, who commended Governor Wike for his investments in critical infrastructure, called on him to work harmoniously with the APC.

“He [Wike] is a man needed by us in the APC, it is my belief that a messiah can come from anywhere. 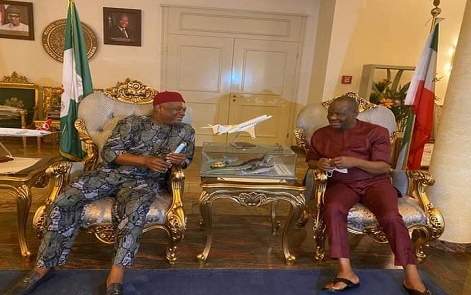 “I urge the Governor to partner with the APC, I discussed with him all through the night to find a common ground with the APC, I believe that very soon it shall come to reality.

“So I urge Governor Wike to soft pedal on our party, humans can switch from one party to another which is human behavior in Africa.

“I appeal to him to partner with us so that the good people of Rivers can benefit more from the Federal Government of Nigeria,” he said.

The Governor said the State Government was duped over a failed partnership to develop the Mother and Child hospital in Port Harcourt, the state capital.

Wike made the claim while addressing visiting House Committee on NDDC, led by Olubunmi Tunji-Ojo at the Government House, Port Harcourt on Thursday. 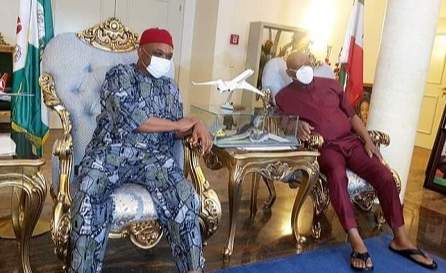 Wike said when his administration came on board, he stopped the partnership and demanded a refund of the N400 million, and according to him, “it became a problem. Politics came in.”

The Governor further claimed that NDDC mandate governors are being sidelined by the Commission, noting that the ruling party on federal level dictates what happens in the Commission, making the NDDC act as a state on itself and refuses to interface with the Governors to strategically develop the region.